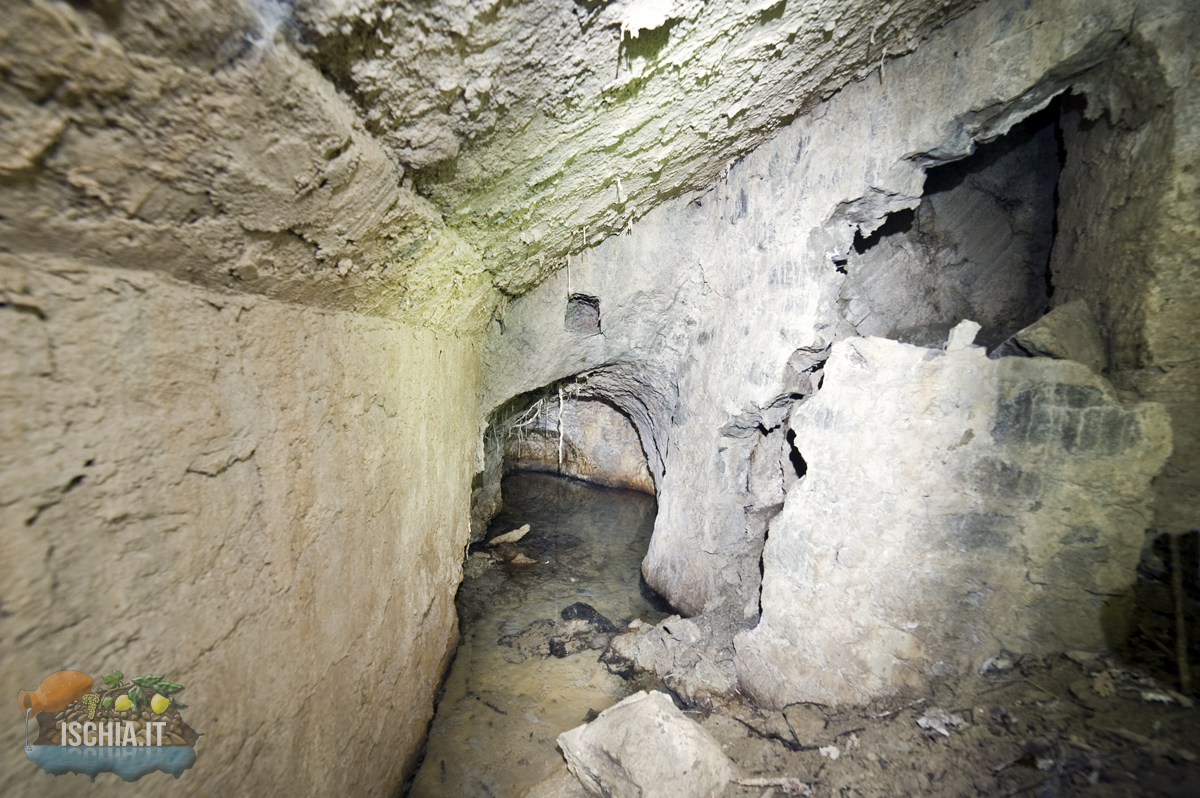 During the second half of the XVI century, the Viceroy of Naples was Cardinal Granvela. He felt the need to place an independent source of drinking water in the Village of Gelsi because “that place lacked in drinking water and was occupied by the sea and the fresh and popular source of Cartaromana beach, where the lords of Guevara’s Ninfario rose up”.
“To enrich the Village of Gelsi’s economy, now commonly called Ischia Ponte, Cardinal Granvela conceded to the University some immunities and tax exemptions on the wine, and these sums collected instead of enriching the royal treasury profit, were used for the construction of the aqueduct water that leads the water from the Village of Gelsi to Buceto”. 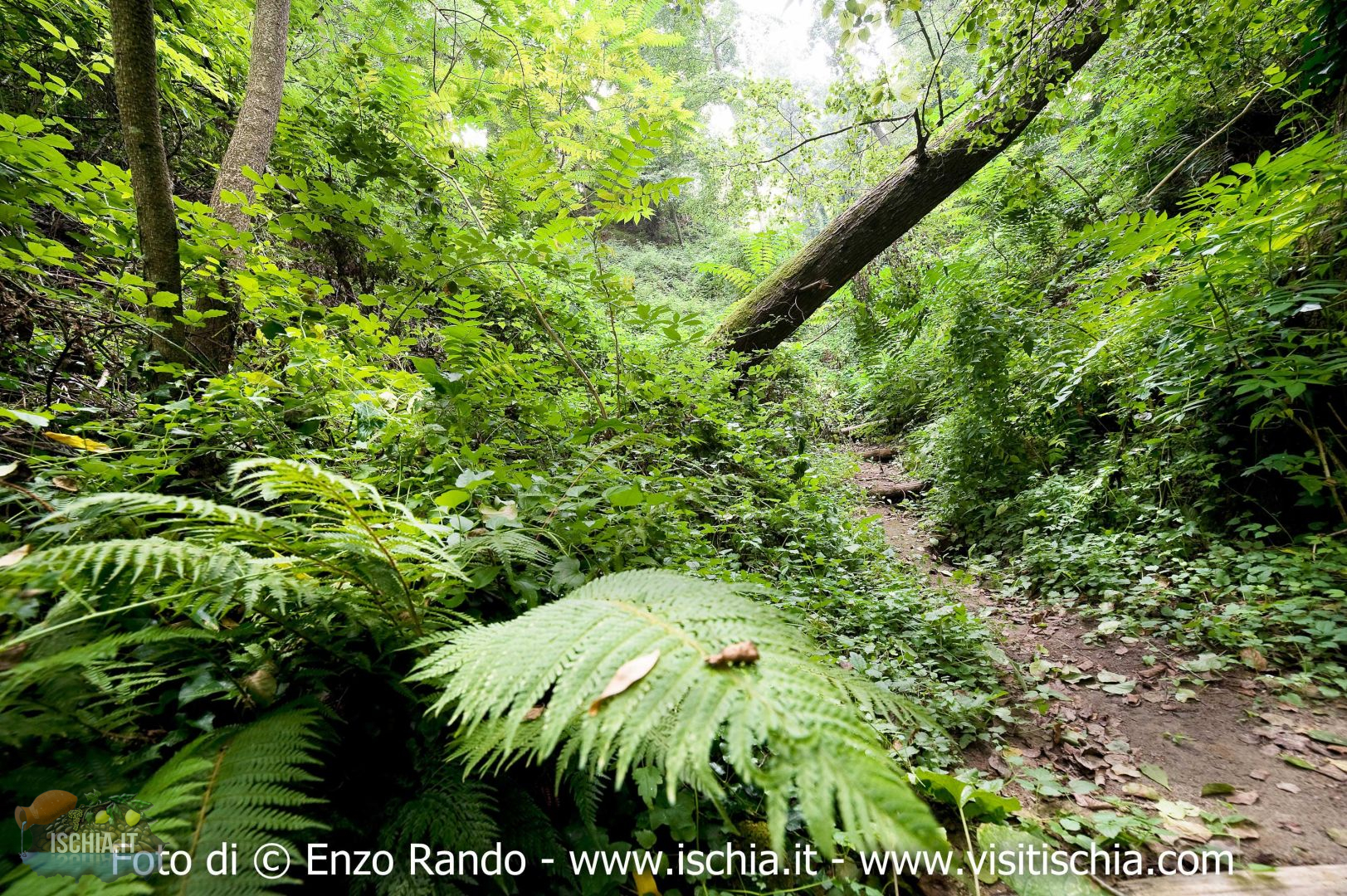 In 1580 Knight Orazio Tuttavilla, Governor of the island, was commissioned to participate to the building, but as the funds were not sufficient, it was necessary a strong tax on grain and only in 1590 it laid the foundation stone for the construction of the aqueduct that, alternating periods ended nearly two centuries later.

It happened that the work was suspended after concerned about two miles the four ones, for a total of 3.750 km on 7.5 contracted.
“After about 80 years Bishop Girolamo Rocca, Bishop of Ischia, had the job of completing the work, with enormous sacrifices and the only private enterprise.
An unexpected error delayed the arrival of the water as desired: it was the first tier of the arches, where were installed the channels for the flow of water, the intense pressure broke the brick pipes. We had to proceed rapidly with the construction of the second tier of the arches and improve the ducts. At first glance, the whole purplish mass of the building (now called Pilastri, - Pillars -) reminds the shape of the Roman aqueducts. And in fact many people consider Pilastri as a Roman work, not giving credit to the Governor of the island Orazio Tuttavilla, who began and finished the Mons. Girolamo Rocca’s work, Bishop of Ischia.
The work was realized during the XVII century and the trachyte stones were taken from the trachytic volcanic quarries in Arso, produced following the eruption occurred on January 18, 1301.
Bishop Girolamo Rocca, before going to receive the prize for his sacrifice (1692), could see the water gushing from Buceto to the center of Ischia albeit in a rudimentary way.
Only in 1759 two fountains were erected in the square of the village of Gelsi and behind the present Church Cathedral”.
And there, on the facade of the old City Hall, where the audience watch struck, it is possible to read on a marble plaque commemorating the event of the arrival of the water flow at the center of the village come from distant Buceto’s source, but is in the background the work conducted by Tuttavilla and Bishop Rocca that we want to remember in this paper, so confident, solemn and public:

D. O. M.
Aquam ex fonte Buceti
ad IV M. P. pubblico aere derivatam
labroque ex tiburtino lapide ornatam
et Turri in qua concilia fierent adpositam
Addito horario
Decuriones Pithecusani
Utendam fruendam civibus dederunt
A. MDCC LVIIII
TO GOD OPTIMUS MAXIMUS
The island Decurion gave it to the citizens,
in order that they used and enjoyed the water derived from the Buceto’s source,
down the quarter mile, and adorned with a tub of travertine and directed to so great tower,
where he held the meetings and adding the clock.
Year 1759.

A century later, King Ferdinand II of Naples, realizing that the Villa of Bagni, now commonly called Ischia Porto, needed a public fountain, and so he ordered the construction of a military aqueduct to furnish of water the Old Royal Palace, where he housed for long and pleasant holiday.
On the outside wall of the ‘Royal Palace’, to the left near to the entrance, there was, up to fifty years ago, a cast iron fountain, and behind it, which now houses the meritorious Sailors Association of Italy, the tank which collected water from Buceto.
Today, the three connections that leaded the water to Fiaiano, located next to a church in ruins, along the road that leads to the Rotaro square.
Buceto has various opinions and conjectures about its name and the same goes for the name of our island.
Giovanni Pontano believed that the name Buceto derived from the Latin term ‘abocaetus’ for the multitude of birds, especially those of pace, who crowded the fountain to quench their thirst because of the scarcity of sources on the rest of the island.
Giulio Cesare Capaccio considered the Buceto’s name deriving from the greek term ‘Bubulcus’, that is a suitable place for grazing of cattle, because this and other wild places of the island are suitable for cattle grazing.
Historian Francesco De Siano considered the Buceto’s name deriving from the term Docceto, because it is placed where the mountain ‘has a shower’.
I remember
, sixty years ago, when my grandmother Ursulella, went with me to Fiaiano for a gallon of water, she said me: “Peppì go to Vuceto and take this bottle of water”.
Perhaps that’s all the secret of the name: our ancestors would have called it Buceto because of the ‘voices’ of water arising from the mountain.